This contest-winning poem I wrote is one of my favorites. It defines the common adult, from their extraordinary origins to having that beauty whittled away throughout the years. We ARE the rose, often neglected or forgotten by others or even ourselves, but with love and nurture, experiences, memories, and adventure we can shine in recovered bloom!

I DARE YOU!  I dare you to go on an adventure or to have an experience you haven't had since your youth. Go roller skating, jump in mud puddles, have a food fight, or throw a water blast, slip n' slide, sprinkler, water balloon party for adults only. Stick your tongue out at your boss or declare na-na-na-na-boo-boo to a neighbor. I don't care what you do. Just do it, and tell me all about it below. Most importantly, tell me how it made you feel. Challenge ready, set, go . . .

READ FOR FREE & BLOGIT
no one under 17 please 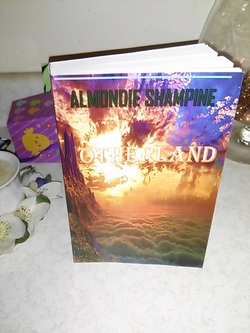 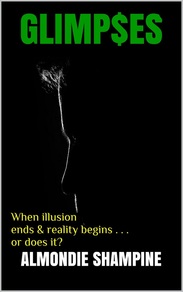 A smart Psychological Thriller. If you could get a glimpse of your future at any time of your choosing, could you handle it?
Glimp$es -Free Sample Chapter
Would you pay a million dollars for a glimpse of the future at any time of your choosing? Could you handle it if you did? Dr. Paul Stevens is someone you’ve probably never even heard of, story of his life. He dreamed of creating big change as a Psychologist, but regression and invisibility are the marker of his life. The new therapy keeps everyone coming back, instead of healing them, but the Board keeps rejecting all his theories for effective therapy. He’s washed up, completely alone, horribly insignificant, and this is not how he’d imagined his future would go, so he decides to take his future into his own hands and create significant change to a few people’s lives, even if it’s not exactly legal.

He uses his own invisibility to headline this experimental theory of psychic design: a glimpse of the future. He follows the lives of young Michael, an aspiring millionaire realtor, Jim, a middle-aged middle-class bank executive, Claire, his college love, and John Whitman, the son of the late multibillionaire, Bill Whitman, while using mastery manipulation techniques to create an illusion of a future that could be theirs. What Dr. Paul Stevens didn’t foretell was just how much his own future would wind up intertwined with the successes or failures of their own.

Reviewer Janalee writes:
" Ms. Shampine uses her first person prospective to tell this edgy and envelope-pushing tale of one woman’'s fantastical sexual foray with a mysterious man that haunts her, straight into the realm of reality.  Ms. Shampine wrote this story completely outside the box, in a way this reviewer has never seen done.  What will Ms. Shampine pen next? This reviewer is definitely curious to know?"
http://www.loveromancesandmore.com/reviews/Sept06/intrusion_janalee.htm

THE THIRD BOOK IN THE MODULES SERIES, INTELLIGENT DESIGN, AVAILABLE  AT  http://www.amazon.com/dp/B013O9GS18. Click here for free sample chapter
Powered by